Toys that are placed on the market must meet all safety requirements in force and must not endanger human health. The Federal Government has adopted a series of relevant measures to ensure the best possible protection.

The competent market surveillance authorities of the Länder monitor compliance with the toy safety requirements. Where the results of their inspections show that legal provisions have not been observed, the competent authorities take the necessary action. Such regulatory controls therefore represent an important instrument for protecting children from health and safety hazards posed by unsafe products.

Infants, in particular, play with their toys very intensively. They put them into their mouths, nibble, suck, pull and tear at them. It is also a fact that, in children’s rooms, toys are used irrespective of age categories. Young children take their older siblings' toys and put them into their mouths. This is why protection against substances that present a health hazard is so important for toy safety.

able risks in order to determine at an early stage whether political decisions need to be taken.

In the BMEL's remit, the Federal Institute for Risk Assessment (BfR) is charged with examining in detail questions of chemical safety relating to products that consumers come into close contact with, which include toys.

Within the Federal Government, the Federal Ministry for Economic Affairs and Energy (BMWi) is the lead ministry in charge of the Toy Directive.

The EU Toy Directive has established wide-ranging provisions for the safety of toys. It is designed to ensure that toys guarantee high levels of consumer protection. At the same time, given the nature of the common internal market, the safety requirements for toys and the minimum requirements for market surveillance must apply across the whole EU.

In Germany, the Toy Directive (Directive 2009/48/EC) has been implemented by the Ordinance on the Safety of Toys (Second Ordinance pertaining to the Product Safety Act - 2nd ProdSV).

The use of carcinogenic, mutagenic or reprotoxic substances in toys is generally prohibited. However, these substances may be used under certain circumstances, such as when the threshold value laid down in Community legislation is adhered to. The use of 55 allergenic fragrances is prohibited for consumer health protection reasons. Eleven additional fragrances must be indicated on the labelling if present in toys.

Toys may no longer be fixed to foodstuffs, thus reducing the danger of children accidentally swallowing them. Particular categories of toys must carry specific warnings. In Germany, these warnings must be preceded by the word "Achtung" ("Warning"), must be written in German and must be clearly legible.

The BMEL believes that the safety levels for toys are still insufficient with regard to carcinogenic, mutagenic and reprotoxic substances (CMR substances).
The threshold levels for these substances provided by the Toy Directive are based on levels that were laid down in chemicals legislation. However, since children need to be afforded particular protection, special requirements should apply when laying down the threshold levels for CMR substances in toys. In this context, it is also important to consider the findings obtained from materials that may come into contact with foodstuffs. There is also need for improvement regarding the threshold levels for heavy metals. Action taken by the Federal Government to this effect is outlined in more detail in the Federal Government's responses 17/99, 17/392, 17/3809, 17/10429, 17/11759 and 18/461.

It is encouraging to see that the Directive's originally envisaged threshold levels e.g. for cadmium, barium and lead have meanwhile been lowered, primarily at Germany's insistence.

The Federal Government has strongly advocated toy safety for many years and has repeatedly pressed for improvements in the consultations on the Toy Directive. This is why the Ministry commissioned the Federal Institute for Risk Assessment (BfR) with the task of conducting a series of risk evaluations for toys, enabling it to further convince Brussels of the need for improvements in toy safety.

The Federal Government will continue to seize every opportunity to ensure that toys guarantee a high level of consumer protection. Considering the need for preventive health protection, we will keep making a strong case in Brussels for adjusting the threshold levels laid down in the Toy Directive to the latest scientific findings and for introducing strict regulations for the protection of children. 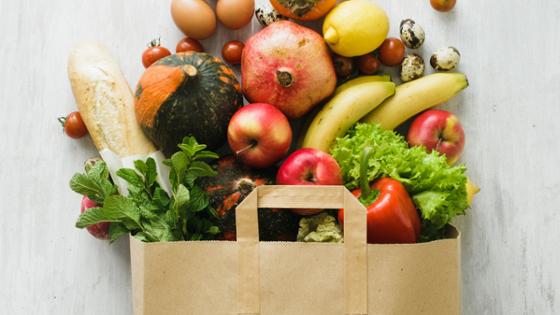