Germany's Proposal for a Marine Protected Area in Antarctica

The scientific basis of this request was provided by researchers at the Alfred Wegener Institute, Helmholtz Centre for Polar and Marine Research (AWI).

The proposal forms part of the planned representative network of marine protected areas in the Antarctic Ocean, the scientific basis of which is currently developed by the CCAMLR (which comprises 24 Member States and the European Union) in a multiannual process. The Weddell Sea is one of a total of nine planning regions in the CCAMLR convention area which covers the entire Antarctic Ocean. The German proposal refers to an area of around 1.8 million square kilometres, i.e. five times the size of Germany. It would be by far the world's largest marine protected area. The decision on the establishment of the marine protected area must be taken unanimously by all CCAMLR members, however.

One of the last practically pristine regions in Antarctica

The Weddell Sea extends from the south-east of South America over an area of approx. 2.8 million square kilometres. It is home to about 14,000 animal species. Marine biologists have compared the diversity of species in the Antarctic Ocean to that of tropical reefs. Since the discovery of the Weddell Sea in 1823, there has been almost no commercial fishing in this area due to the almost impassable ice. This unique and largely untouched area is home to marine animal communities and ecosystems that have adapted to Antarctic living conditions over millions of years.

The living conditions for marine animals could rarely be more extreme than in the Weddell Sea. Its inhabitants are forced to save energy at all times and have developed unique techniques to this end. Thornfish, for instance, produce antifreeze proteins to prevent their blood from freezing. The Weddell Sea is a sea with many large birds: More than 300,000 pairs of Antarctic petrels breed close to its coasts. One third of all emperor penguins are born on the sea ice there.

When submitting the request, Federal Minister Christian Schmidt emphasised: "The Weddell Sea is one of the last practically pristine regions in Antarctica. The international fishing fleet has so far steered clear of this area. To ensure things stay that way, we must place the majority of the marine areas of interest to fisheries in this region under protection. Commercial fisheries would pose a major threat to the vulnerable populations of the approx. 14,000 animal species in the Weddell Sea. The marine protected area should be reserved for scientific research purposes only and should strengthen international cooperation in this region. These are the pillars of the Antarctic Treaty. It is our historical task to protect unique ecosystems like Antarctica."

Germany has for a long time strongly supported international efforts to protect the marine areas in Antarctica.

Experts at the Alfred Wegener Institute have collected and evaluated hundreds of thousands of data from the Weddell Sea over the last four years. They have thus created a considerable scientific basis for the targeted and effective protection of the vulnerable marine animal communities and ecosystems that have adapted to the Antarctic living conditions over millions of years.

"Our studies show that climate change has so far had little impact on this marine region," explained Prof Dr Karin Lochte, Director of the Alfred Wegener Institute. Lochte said that this meant that the Weddell Sea had an important function as a retreat area for cold-loving species and added: "The region is also a valuable reference area for basic scientific research. We are therefore very interested in ensuring that future research in this unique and largely pristine area is not jeopardised by destructive human activities."

In the Ross Sea, a marine protected area, prepared by New Zealand and the USA, was already established in 2016. In addition, another proposal to establish a marine protected area in East Antarctica, prepared by France, the EU and Australia, was submitted in 2012. Both initiatives provide for measures to conserve and sustainably use other particularly sensitive areas in Antarctica.

Towards Sustainable Fisheries in Germany and the EU 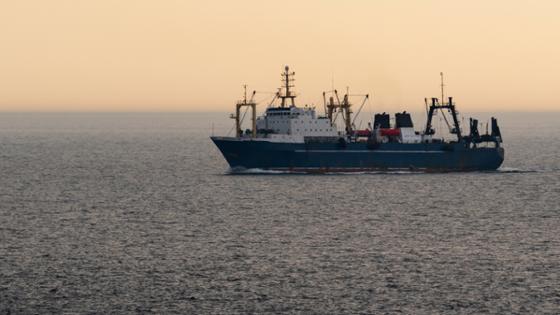