Climate change mitigation, forests and use of wood

Climate change mitigation is a global challenge and a political priority.

Katowice Declaration on Forests: The UN Climate Change Conference underlines the role of forests and wood

On 12.12.2018, at the UN Climate Conference in Katowice, the international community agreed on a comprehensive Declaration on Forests. It emphasises that the 2°C target cannot be achieved without forests and the increased use of wood.

Sustainable forest management can preserve forests and their immense carbon sink and at the same time replace fossil resources and energy sources with wood, which is supplied by nature through the annual growth of trees.

In Germany, for example, national total emissions would be 14 percent higher without the contribution of forests and the use of timber.

In the tropics, the protection of forests against ongoing deforestation and destruction is a top priority. However, 90 percent of the wood used is needed as fuelwood for the population for cooking and heating, so that sustainable use concepts are also needed in these countries.

The BMEL encourages the exchange of know-how on forest management by funding many projects.

In contrast to local environmental problems, climate impacts (both positive and negative) are effective regardless of the sector and region of the world in which they are achieved. Without the contribution of forests worldwide, global warming cannot be stopped. The Intergovernmental Panel on Climate Change has identified sustainable forest management as one of the most cost-effective climate action measures.

What role do forests and wood play in climate change mitigation?

In addition to that, forests and wood reinforce this positive impact on the climate due to the so-called substitution effect, which results in emissions avoided.

Taking all facts into consideration, Germany’s greenhouse-gas emissions in 2014 (902 million tonnes of CO2 equivalents) would have been around 14 percent higher without the climate mitigation effects of forests and wood! Studies by the European Forest Institute (EFI) indicate that, at EU level, carbon dioxide emissions could be reduced by another 400 million tonnes annually in the forestry sector if specific incentive schemes were in place. This means that forests, including timber use, could achieve a climate impact equivalent to 22 percent of the EU's current total CO2 emissions.

A prerequisite for realising this potential is that forests continue to be managed in a sustainable manner, taking into account all their protective, productive and social functions. This must be taken into account when weighing up future forest policies in Germany, also in view of the 5.6 per cent of German forests that are currently already no longer used for forestry purposes, e.g. that are part of nature reserves or national parks.

Climate change mitigation is one of the European Union’s political priorities. As early as 2009, the EU heads of state and government set the target of reducing greenhouse gas emissions by 80 to 95 percent by 2050 compared with 1990 levels. The greenhouse gas reduction target for the EU economy as a whole envisages a reduction of 40 percent by 2030 compared with 1990 emission levels. The land use, land-use change and forestry (LULUCF) sector is also to be included in the climate action framework by 2030.

Forests and forest management (through wood products) sequester over eleven percent of total EU emissions each year. Sustainably managed forests in the EU therefore have an important role to play in achieving the 2030 EU climate targets and the Paris Climate Agreement’s long-term goal of climate neutrality. In December 2017, the Council of EU Member States and the EU Parliament therefore agreed on a comprehensive regulation (the LULUCF Regulation), which recognises the central role of EU forests and soils in achieving the Paris Climate Agreement’s long-term goal. The regulation creates new incentives for additional efforts in climate change mitigation, for example through the increased material use of wood from sustainable forestry in construction, in everyday life and in completely new areas of application. The BMEL has initiated the Charter for Wood Promotion 2.0 as an important forum for dialogue in Germany in this field.

Success at the Paris climate negotiations

The negotiations on a new climate agreement in Paris in December 2015 were brought to a successful conclusion. As a result of the Paris meeting, the first binding global climate agreement has been concluded with the long-term goal of achieving a climate-neutral global economy in the second half of this century.

The agreement is a great success and a turning point in the process of global climate negotiations. It has created a long-term, reliable framework for action. The framework adopted in Paris will be implemented over the coming years, which will require the commitment of policy makers, the private sector and society as a whole worldwide.

In terms of content, the Paris Climate Agreement also includes elements relating to forests such as REDD+, sustainable forest management and the recognition of wood and wood based products as additional carbon sinks or substitutes for fossil resources. For the first time, all contributions to climate change mitigation that relate to forests and wood as a resource have been recognised in an agreement that applies to all countries on the planet. The Climate Convention calls upon the Parties to take into account the positive impact that forests, sustainable forest management and wood use have on the climate (in the "climate language": carbon sinks and reservoirs).

The climate impact of forests outside Europe

The clearing and destruction of forests, especially in the tropics, is the second largest cause of human-made greenhouse gases in the atmosphere, after the energy sector. Since total global emissions have risen in recent years, the calculated share of emissions generated by non-sustainable forestry practices has fallen in recent years from just under 20 per cent to a current level of 12 per cent.

This 12 percent of global carbon dioxide emissions could be avoided through sustainable forest management. For this reason, the annual climate negotiations place great emphasis on the conservation and sustainable management of forests in tropical countries.

Prior to the decisions on the Paris Climate Agreement, only developed countries had made commitments to reduce emissions. It is planned that, by reducing the rate of forest destruction, countries with tropical forests should in future also make an active contribution to climate change mitigation. This requires the creation of appropriate incentives for forest protection. "Protection through use" is the key here. This means that forests should not be regarded merely as carbon sinks. Rather, forest management must safeguard the ecological, social and economic functions of forests - also in the tropics, because forests often make a considerable contribution to the economic development of a country as well as to food and income security, especially among the poorer rural population.

However, sustainable forest management needs an appropriate framework. Forests could then be protected from overexploitation and unregulated conversion into farmland. Germany therefore strongly supports the so-called REDD process (Reducing Emissions from Deforestation and Degradation).

The REDD+ framework enshrined in the new climate agreement covers not only the protection of existing forests, but also the sustainable management of forests and preparatory measures to strengthen law enforcement. 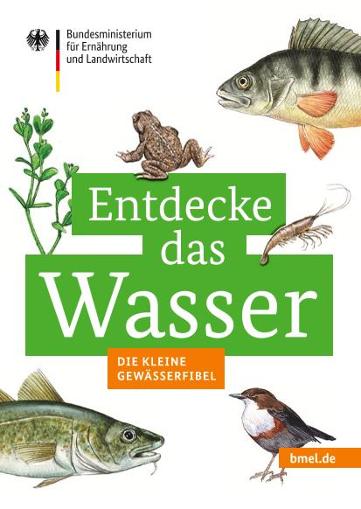 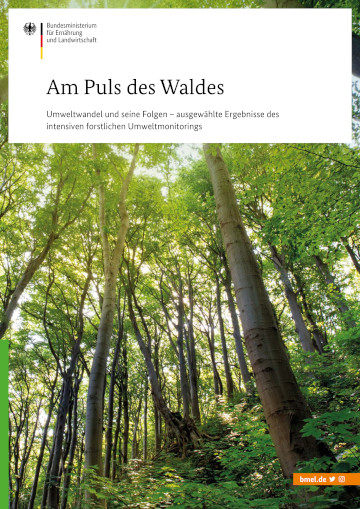 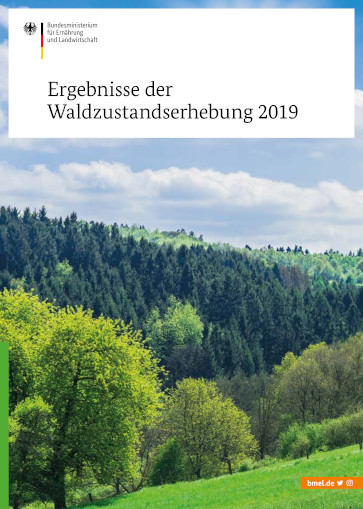 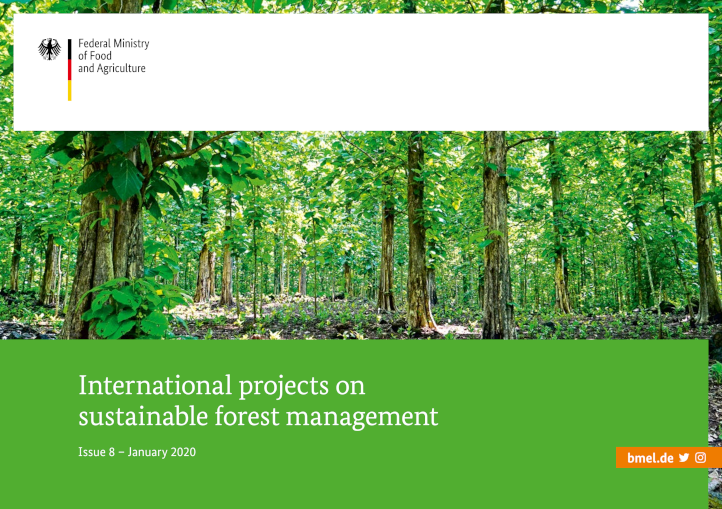 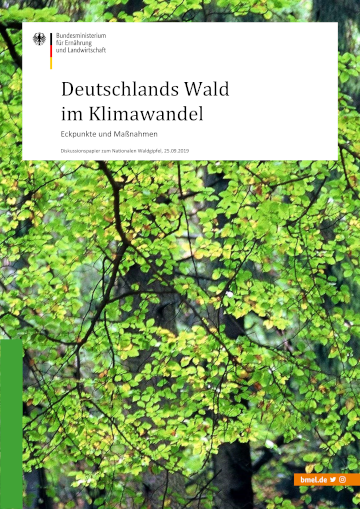 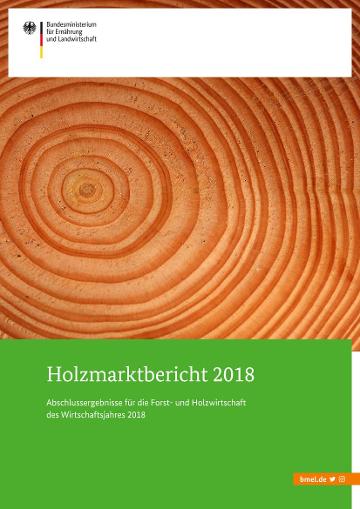 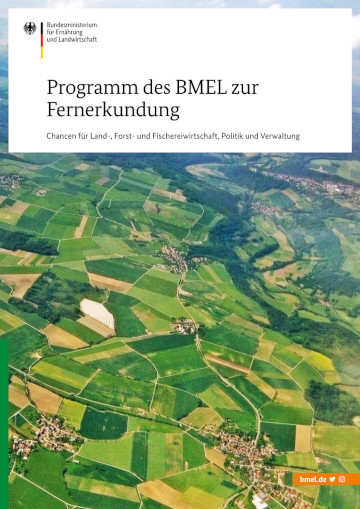 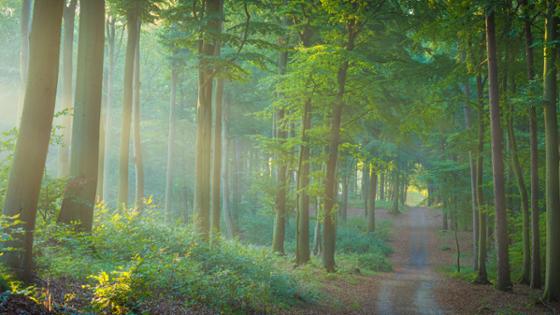