The Scientific Advisory Board welcomes and supports the increasing orientation of agricultural policy towards a cross-sectoral policy for rural areas. However, the Board is concerned about the fact that basic inefficiencies still persist in policy-making in spite of the efforts that are being made for a further development of this policy.

In particular, the multi-level integration of decision-making and financing structures (EU, Federal Government, federal states (Länder), municipalities) is setting the wrong incentives. The Board fears that current and future problems of rural areas cannot be tackled without a fundamental change in policy.

The Advisory Board discussed this problem and recommends a fundamental reorganization of the policy for rural areas. These recommendations should also be seen against the backdrop of the ongoing discussion on the reform of Germany's federal system and the debate on the future decision-making and financing structures in the EU.

Principles for a reform

2. The principle of subsidiarity enshrined in the Treaty establishing the European Community should also, in principle, apply to the policy for rural areas. According to this principle, policy tasks should be fulfilled in a decentralized manner, if possible. A transfer to a higher level should be made only if and in so far as a task cannot be sufficiently fulfilled at a lower level and can therefore, by reason of the scale or effects of the task, be better performed at a higher level.

3. The practical implementation of this principle turns out to be extremely difficult because an allocation of tasks to individual levels is rarely clear-cut in most cases. It is almost always easy to find arguments that militate in favour of involving the superordinate levels (Federal Government, EU). With regard to the development of the policy for rural areas, this has resulted in municipalities, federal states (Länder), Federal Government and also the EU jointly exercising competences in this field. However, experience has shown that this multi-level involvement in the policy for rural areas leads to a "joint decision trap".

4. Having weighed the pros and cons, the Advisory Board therefore makes the basic recommendation that this multi-level involvement should be unbundled again.

5. Decentralised decision-making structures are to be strengthened thereby, with clear-cut political responsibilities being created. Then, the responsible policy-makers would no longer be able to invoke the restrictive requirements of the superior level when it comes to shaping the policy for rural areas or merely think in terms of financial tactics (e.g. minimizing financial correction risks). The key advantage of unbundling lies in the fact that policy-making can respond to new challenges in a swift and flexible way. It is no longer necessary to hold lengthy negotiations with the superior levels or wait for the next programming period. This policy turnaround is ultimately also intended to generate savings in administrative costs and promote a reduction in red tape.

6. The EU's competence for decision-making and also for funding should be focused on overriding, global and supra-national problems (e.g. coherence, competion law, climate policy, NATURA 2000), and the decentralised decision-making competence and ability to act in the policy for rural areas should be bolstered.

8. Given the strong interdependencies between German regions and in the EU, it is necessary and appropriate to incorporate the concerns of rural areas into the financial burden-sharing between regions, both at national level (Federal Government, federal states and municipalities) and at EU level. There are basically two reasons for this financial burden-sharing:

Supra-regional services in the provision of public goods should be compensated for by corresponding inter-regional financial flows, provided these goods are in short supply. This principle is largely recognized in municipal financial burden-sharing in the case of public infrastructural services. This should basically also apply to area-based public goods that rural areas have so far been providing mostly free of charge.

This also holds true for services rural areas are obliged to provide due to regulatory requirements and that restrict their potential for development.

Regarding the supra-regional solidarity, it can be assumed that the readiness to show solidarity will tend downwards if the personal and cultural relations between regions are less intense. Citizens are more likely to accept revenue-sharing measures within a state than equalisation transfers among EU Member States. The indicator values (e.g. income gaps) that trigger interregional financial transfers at national level can therefore turn out to be different from those at EU level.

In principle, the financial equalisation outlined here should be handled in a transparent manner and be geared to criteria that are easy to comprehend. The service and neediness indicators should be monitored on an ongoing basis. The interregional financial burden-sharing should be readjusted at regular intervals depending on the development of the criteria and shaped in a degressive manner, as appropriate.

9. The federal states should be obliged to present coherent and verifiable concepts for regional development and derive from them the regional distribution of funds within the federal state. Where the specific regional circumstances are appropriate, rural areas should be merged into regional units according to functional criteria. These regional units should be required to submit coherent and verifiable concepts for their development. Within the framework of these concepts and the competences assigned to them, however, they should be free to decide on the use of funds in a flexible manner.

10. The efficiency of the allocation of funds should be regularly evaluated. This process should be organised by the superordinate levels (e.g. the Federal Government for the Länder programmes). It should not be a question of an authorisation check of the concepts by superior policy bodies, but of a public presentation and control with a view to improving the transparency (impact analysis). These stipulations for planning, monitoring and evaluation at national and European level are in need of radical improvement.

11. The interregional equalisation transfers as they are outlined above adhere to the dictate of solidarity and lay the groundwork for improving the financial situation in some rural areas. The additional funds could be used there in favour of rural development. Yet, this type of interregional financial transfer does not per se constitute either an obligation nor an incentive to foster rural development. The superior level (e.g. the Federal Government) merely conducts an interregional distribution automatism, but would be basically relieved from the responsibility for rural development and would therefore rather focus its innovative capacity on other policy fields.

12. The question therefore arises how the Federal Government can help to achieve the national coherence targets with regard to rural areas without getting caught in the joint decision trap again. The Advisory Board does not consider the continuation of the Joint Task for Agricultural Structures and Coastal Protection (GAK) to be a promising approach (this also applies accordingly to the Improvement of the Regional Economic Structures, GRW). A complete withdrawal of the Federal Government from the financing of the policy for rural areas would also pose problems, however, because the Federal Government would then lack effective sanctioning and incentive mechanisms vis-à-vis the federal states that are needed to enforce cohesion targets for the nation as a whole.

13. The Advisory Board therefore suggests as an alternative to supplement the interregional financial burden-sharing outlined above by programme support from the Federal Government. In the process, the Federal Government should use the funds it wishes to earmark for rural development policy for projects of regional development. Funds under this programme should be allocated subject to the fulfilment of two criteria. The first criterion is to indicate whether or how well the respective federal state manages to meet the coherence targets with regard to rural areas. The second criterion should signal the quality of the respective regional development project (prospects of success for solving specific regional problems, degree of innovation, serving as a model for other regions). The combination of both criteria would give the federal states an incentive to take the national coherence targets into account in their policy-making. At the same time, particularly innovative regional concepts in those federal states that perform poorly in the first criterion, would still have a limited chance of obtaining federal support.

14. This orientation of the policy for rural areas strengthens the interregional competition. It is inevitable in the process that regional policy exerts an influence on the competitiveness and locational orientation of certain branches of the economy since the concrete support policy in a region always has a sectoral impact as well. The limits of regional policy are defined by the general regulatory framework, e.g. by competition regulations, environmental and regional planning law.

15. A shift of competences to decentralized public decision-makers should also result in a stronger participation of regional actors and in enhanced regional governance structures, e.g. actor-related networks and private-public co-operations. These new organisational and decision-making structures should be reinforced and backed up by scientific guidance in decision-making.

16. This recommended drastic turnaround of the policy for rural areas would entail profound changes in agricultural policy, notably with regard to the structural policy for agriculture in rural areas. The shift of the decision-making and funding competences to the national and regional levels would ease the strain on central budgets. These budgets would have to be scaled back therefore, while regional funding would have to be strengthened accordingly.

The drastic reforms of the policy of rural areas set out above require immense political efforts and a longer run-up time. As long as this fundamental change in policy has not been effected, we should work towards the following changes:

17. The fields of work that matter for regional development should be better coordinated and geared to the regional development targets, also in order to avoid thematic overlaps. It is necessary to examine the allocation of administrative competences among the relevant departments that are competent for rural development. In doing so, the interfaces between the department-specific instruments of agricultural structure policy or regional planning in the various planning law requirements in land use planning, regional and municipal development should be better arranged. The policy-makers and actors in administration are called upon to provide programmatic and strategic guidance for regional planning activities.

18. Within the scope of the current programmes of agricultural policy, the map of eligible areas for regional support should be restricted and be more strongly tailored to the regions that actually face problems. Hence, agri-environmental policy measures should be confined to areas, for instance, whether they can actually have a positive impact due to specific natural features.

19. The three-tier structure of strategic planning and implementation in the EAFRD Regulation should be streamlined. Given that the EAFRD Regulation itself already contains detailed stipulations to a large extent, it seems superfluous to underpin this Regulation by an EU strategic plan as guidance for the national development plans. Furthermore, the stakeholders in rural areas should from the outset be accorded ample opportunity to have their say in the shaping of master plans. Restrictive requirements regarding the minimum funding of individual priority areas should also be dispensed with by the same token.

20. The Advisory Board recommends that incentive schemes in environmental protection and animal welfare policy should, in principle, be enshrined in the second pillar and fleshed out there in a suitable way. In doing so, the current area-based agri-environmental programmes should be more stringently geared to targets of environmental protection and animal welfare. This upgrading of the second pillar would also be designed to counteract trends that are socially undesirable and that are triggered by decoupling and the cuts in direct payments. The current policy position on financial planning for the period 2007 to 2013 does not adequately reflect this objective. Against this backdrop, scope should be created in the medium term by dismantling the direct payments. The Advisory Board takes a very critical view of the cuts in the funding of the second pillar that have meanwhile been decided. 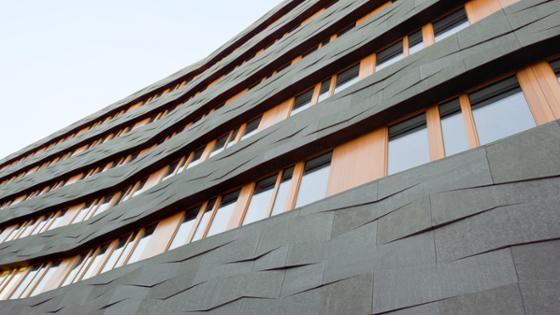 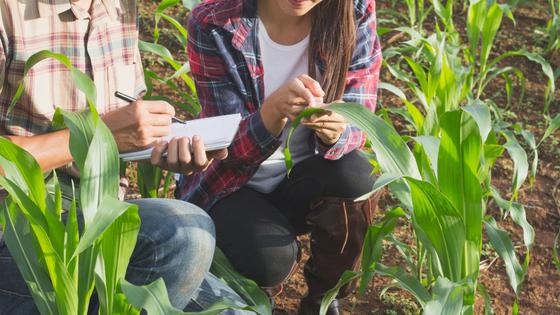