The production of renewable energies is generating new markets for the agricultural sector. However, the potential of biomass for the energy supply in Germany is limited. The size of the contribution which biomass can make to total energy consumption differs according to the type of energy recovery. The competitive strength of biomass on the energy market varies. Electricity and liquid biofuels are only able to survive on the mark eton account of governmental regulations. Using solid biomass for heat production is already competitive today without significant state intervention. It is necessary to distinguish the pure production of raw materials from the direct provision of energy, e.g. of electricity from biogas. The latter usually requires a great amount of outside capital to be invested in the agricultural enterprise and also makes necessary the learning of a new production method which is not without risk. Overall, the current state regulations to support the market launch of these new energies lead to considerable social costs .

On the efficiency of biogas plants

The spread of technologies for the production of biogas depends greatly on their profitability. This paper calculates the technical efficiency, the cost efficiency, and the profitability of biogas plants based on empirical data obtained from a Kuratorium für Technik und Bauwesen in der Landwirtschaft e. V. (KTBL) survey of 39 biogas operators in Germany which was carried out in 2004. Efficiency scores are calculated by means of a Data Envelopment Analysis (DEA). Considerable differences in the efficiency scores were found in the sample. This finding indicates that the production process has not been completely mastered in all existing plants. It is not so much the size of the biogas plants that constitutes a key factor for efficiency as the degree of utilisation of the plants. The analysis also confirms that the substrate costs are a major factor with regard to profitability. Moreover, the paper pinpoints the increase in profitability of biogas plants caused by the amendment of the Renewable Energy Act (EEG) in 2004 and the resultant increase in the price paid for electricity generated. While profitable production of biogas was only possible under favourable conditions before the amendment of the EEG, very high returns can now be realised if advantage is taken of all price supplements.

Effect of off farm income, farm size, natural disadvantage and farming system on the sustainability of dairy farming in Austria – An empirical approach on the basis of farm accountancy data

This contribution investigates if off farm income, farm size, natural disadvantage and the farming system affect the sustainability of dairy farming in Austria. This question is examined by using sustainability indicators from the farm accountancy data network (FADN) of the year 2003. The results show that bigger holdings and organic farms obtained a higher income from agriculture and forestry than smaller holdings and conventional farms. With regard to ecological sustainability, smaller holdings, mountain farms and organic farms tended to provide greater environmental services per unit of agricultural land. In contrast, larger farms, non-mountain farms and conventional farms showed better values for certain environmental indicators when these were related to the produced output. This result can be explained by the so called “efficiency problem” of smaller holdings, mountain farms and organic farms. The general question as to whether sustainability indicators which are related to agricultural area or produced output are preferable cannot be answered by the analysis in hand. This decision predominantly depends on societal values and goals.

Recent years has seen a growing preference among consumers for regional foods, both in Germany and in other European countries. Causal analyses of this region-of-origin effect are rare and in most cases the region or sample size under consideration is quite small. In contrast to this, the present study is based on a data set which is representative for Germany. The objective is to use this data set and a binary logit model to identify and quantify the factors which determine consumers’ preferences for regional foods. The results indicate that cognitive and normative factors are the main determinants regarding consumer preference for regional food, whereas affective and socio-demographic variables only have a marginal influence. Consumers’ conviction that regional foods have better product attributes and offer higher food safety are particularly significant and important determining factors. The same is true of consumers’ supposition that they are supporting the domestic agriculture by purchasing locally grown foods. In contrast, it was not possible to detect any significant influence for most of the socio-demographic variables, e.g. level of education, location size, and level of income.

While especially Southern European countries and France are making intensive use of the protection of designations of origin for agricultural products and food according to the Regulation (EC) 510/2006, Germany has so far hardly availed itself of this regime. On the basis of a nationwide representative consumer survey dealing with the perception of regional specialities, this article addresses the question whether this fact is due to a lack of origin-quality-perception among German consumers. Consumers very often associate with regional specialities and the reference to the origin a certain idea of the specific characteristics of a product. This particular connection provides a regional speciality or its corresponding labelling with economic value. The protection of designations of origin only makes economic sense if the consumers can discern a relationship between origin and quality. The results of the study show that about
60 % of German consumers see such a close link between the regional origin of a speciality and the special (better) quality of a product. There is hardly any protection against the possible misuse of labels of origin in the German food sector because the acquisitorial potential resulting from this is only protected to a minor degree by laws and regulations.

Are the high prices for organic food really the main problem regarding sales?

In nearly all consumer surveys, the main reason given by consumers for not buying more organic food is the (high) price. At first sight this seems a very plausible argument; however, a closer look gives rise to a number of questions. Some, albeit older, surveys show that consumers’ actual knowledge of the price of organic food is relatively limited. On the other hand, there are recent indications that organic food is in some cases only slightly more expensive than many conventional food products. Do therefore the objective prices differ from consumers’ subjective price perception of organic food? Is this a vital problem for further market development?

This paper analyses the results of a comprehensive national price survey of 11 frequently purchased organically and conventionally produced food products. It can be seen that the price span between the lowest and the highest price for conventional food is very much larger than for organic food. The paper also identified a number of conventionally produced brands in the general food trade which were on average sold at higher prices than their organically produced counterparts. Approx. 25 % of the prices of all conventional products were on average about the same as the average prices of the organic products.

The paper also gives a brief overview of the current state of price research in the field of behavioural science with regard to food in general and organic food in particular. It can be seen that there are considerable gaps in research and that there are many vital questions still to be answered about the price-related purchasing behaviour of consumers in respect of organic food. Finally, the paper discusses the conclusions to the current findings which can be drawn for market actors and policy makers. It is argued that the approach of communicating a justification of high prices for organic food, as has been adopted by some market actors and in some cases by policymakers, is to be regarded as less promising than using price and communication measures suitable for diverting consumers’ attention from the absolute price of organic food and improving consumers’ perception of the price performance relationship of organic food.

Does organic farming benefit the diversity and abundance of breeding birds on arable land? Results from the hedge-landscape of Schleswig-Holstein

A two-year comparative study of breeding birds on conventionally and organically managed arable fields was carried out in the hedge-landscape of Schleswig-Holstein (northern Germany). Birds were recorded on 40 pairs of fields, which differed in the type of farming they were used for (organic/conventional), but were comparable in terms of other parameters known to influence the presence of bird species (area size, vertical boundary structures, relief).

The bird species most strongly affected by the type of farming was the skylark (Alauda arvensis), which was significantly more abundant in the organic fields than it was in the conventional fields. The organically managed fields were characterized by the abundance of skylarks being constant during the breeding time from April to July. On the conventional fields, however, the density of skylarks decreased in the course of the first breeding period. On average over both years, pheasants (Phasianus colchicus) were more abundant on the organically managed fields. Yellow wagtails (Motacilla flava), on the other hand, were recorded as being more abundant on the conventional fields in one of the years. The type of farming did not influence the diversity of species (number of species, Shannon Index) or the number of threatened bird species.

With regard to the local risk to the species named, the results suggest that agriculture based on the principles of organic farming might contribute towards protecting the populations of skylarks in comparable landscapes. Studies comparing the breeding success would be necessary in order to verify this conclusion.

This Discussion Paper provides an analysis of the competitiveness of Belarus’ dairy sector based on international trade indicators. The ex-post analysis is supplemented by an ex-ante analysis in order to gain detailed insights into the sector’s future opportunities and challenges. Systematic access is established through relevant determinants based on Porter’s diamond.

Ex-post analysis results indicate a strong position of Belarus in the international dairy trade although this is limited to homogenous products like milk powder and evaporated milk. Competitive disadvantages were revealed for highly processed dairy products. The ex-ante analysis through Porter’s diamond model reveals the necessary prerequisites for potentially successful future developments in the dairy chain. Natural conditions, infrastructure and supporting industries, although able to be improved, have a positive effect on competitiveness. Competitive disadvantages result from a low demand for vertically and horizontally differentiated products, the weak capitalisation and labour situation, and inappropriate policy. These determinants need to be improved urgently otherwise Belarus may forgo its present relatively good position in international dairy markets.

The results on weed suppression in vegetable crops using a new mulch material based on wood fibre are presented. The wood fibre mulch (WFM) joins together after being spread on the soil to form a sturdy fibre mat. In a simulated experiment with different weeds, the use of WFMled, primarily through light withdrawal, to a reduction in the total number of weeds of between 47 % and 63 %, when compared with bare soil. Field and greenhouse trials with vegetables generally confirm these results. For instance, in a greenhouse trial with head lettuce the number of weeds per square meter was lowered 4.5 to 7 times, whereas a trial with sugar melons recorded a reduction of 38 % of the number of weeds in plots with WFM, when compared with bare soil. However, it was not possible to suppress all weeds. 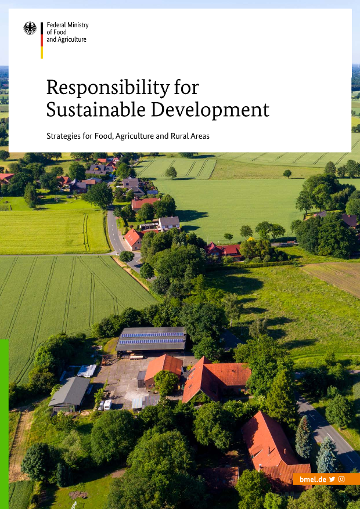 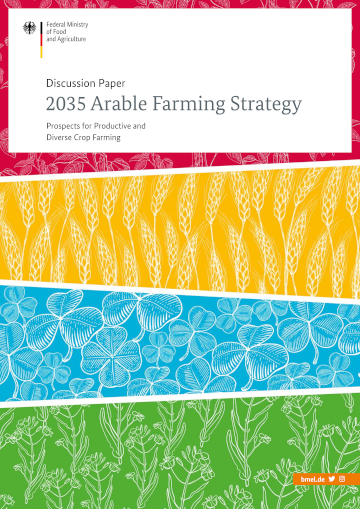 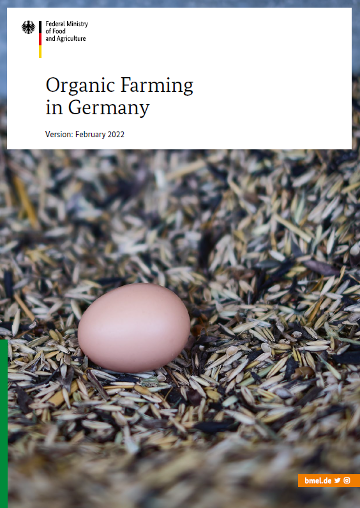 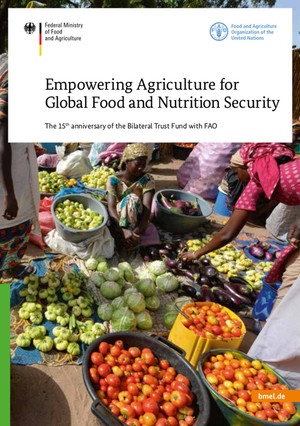 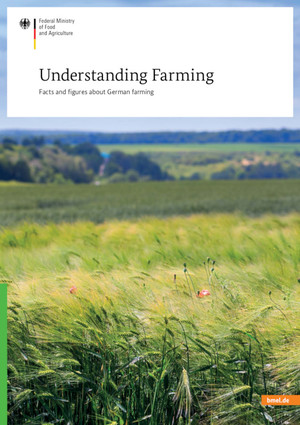 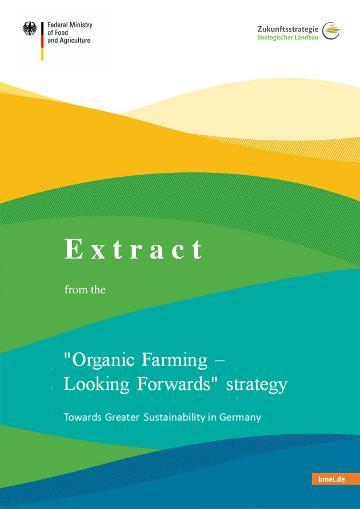 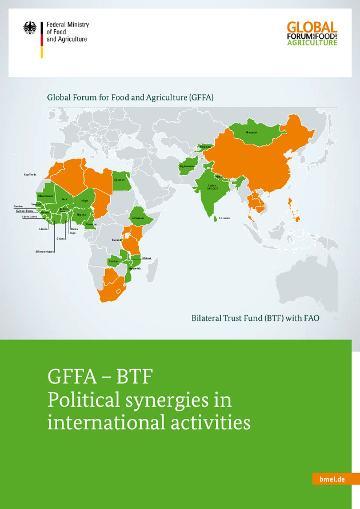 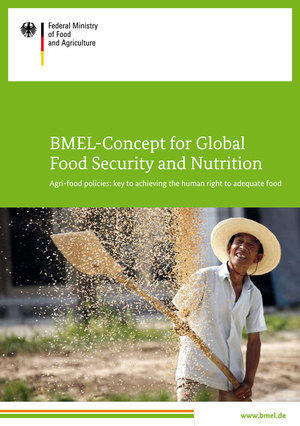 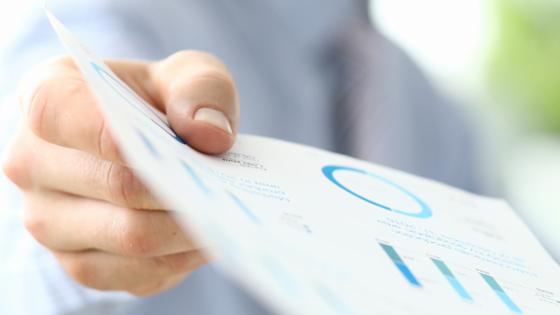 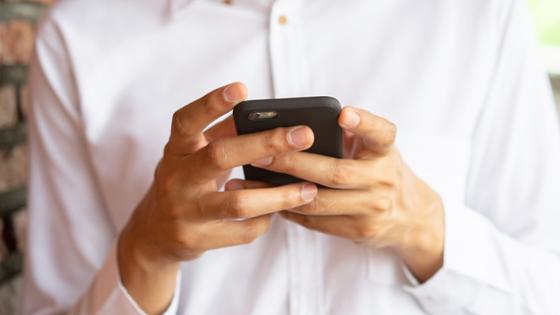